Where are the public service (Freeview Light) transmitters?

Whilst 8.5% of the population of the UK will have only the public services after switchover, this ranges from 6% in England to 34% in Wales.


There are many TV transmitters in the UK, but only 81 of them carry all the services including the three commercial multiplexes. The other 1,036 transmitters will only carry the three public service transmitters, sometimes called Freeview Lite.

As the transmitters can cover millions of homes down to less than 100, this means that: 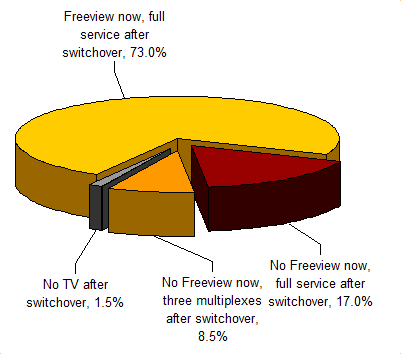 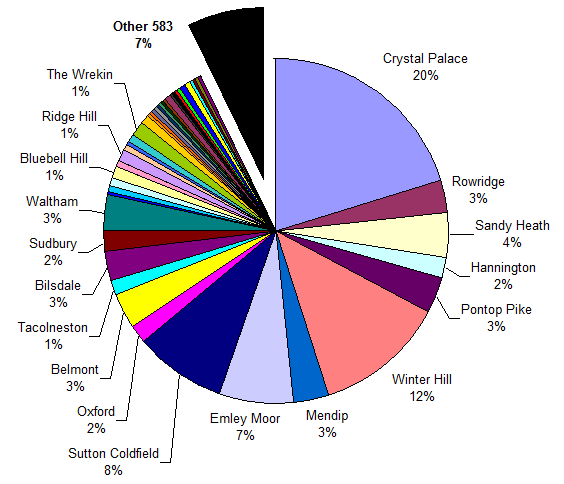 The main reason for the commercial operators not extending their networks is the uneconomic nature of these sites. It is not simply a question of being allocated frequencies by Ofcom (these were freely available to the operators) - the cost of installing the three antennas on each mast, the considerable capital expense of providing the transmission equipment and the ongoing network, power and monitoring costs.

In Scotland, the 14 main transmitters cover 85% of the population with full Freeview, but those in the mountains and islands are again uneconomic. Indeed, the Black Hill transmitter alone covers 40% of Scots. 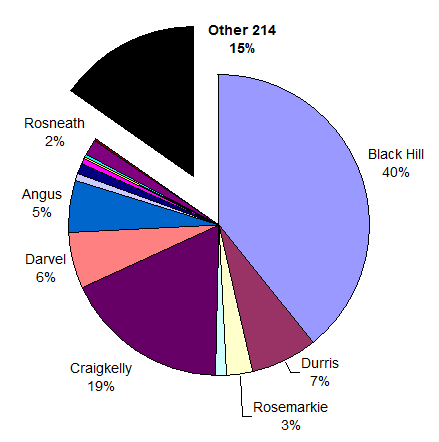 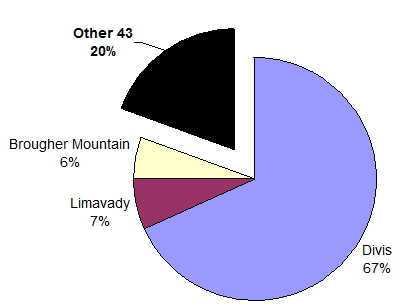 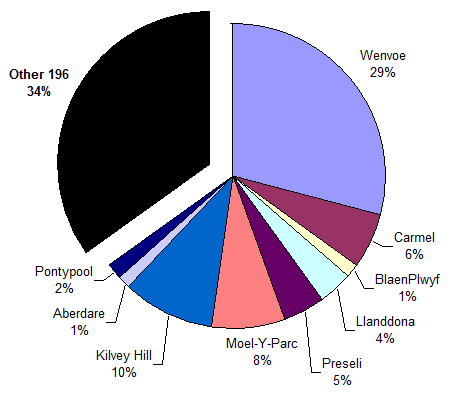 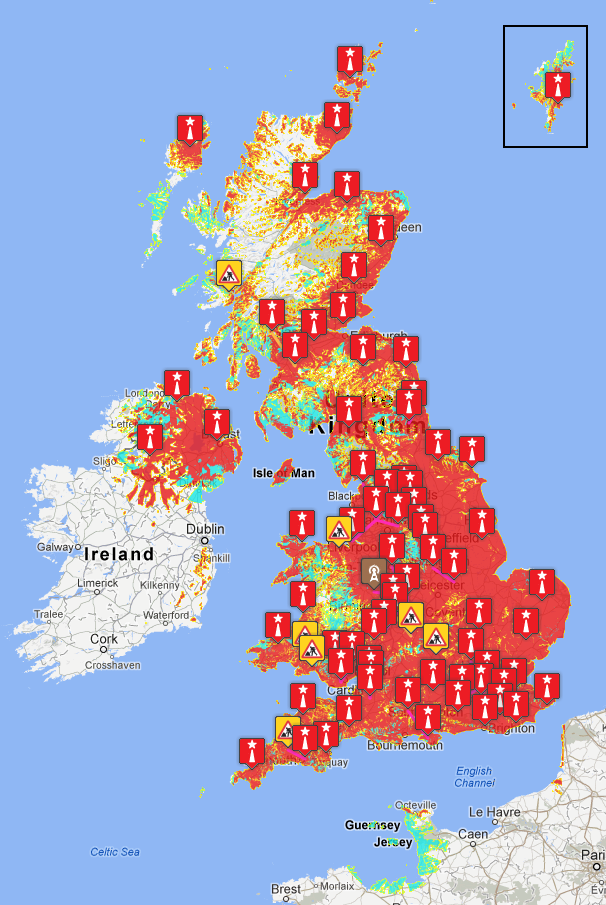 Help with Freeview, aerials?
[][][
In this section
Comments
J
James
10:39 AM
I've now got more choice on on my local Freeview Lite tx'er Calne - ITV+1 now b'casts the Welsh regional programmes instead of ITV South West. So I have the 'great' choice of seeing what's going on in the Welsh valley's and Anglesey weather from middle of Wiltshire!!
Is this just a patching cable plugged in wrong or deliberate decision??

Has anyone else got such a 'nice' choice??

Maybe in future they could change it randomly to differnet regions just to liven things up!!! Scotland next please.

Briantist's 38,844 posts
M
Mike Dimmick
sentiment_very_satisfiedPlatinum
2:44 PM
James: I think ITV have limited the number of actual ITV1+1 regions due to the limited number of slots available on satellite. It looks like they're using their macro advertising regions in the West, and in the East and South East. You can see the macros at
ITV Media -
. The West macro-region is made up from the old Wales, West and Westcountry regions, and they appear to have chosen the Wales region's service.

The North appears to be split east/west, though it's not clear to me exactly how they've divided it up - whether Border goes along with Granada or with Yorkshire (West). I would expect the Tyne Tees area to be getting Yorkshire West.

Some more populous/affluent regions are divided into micro-regions, each of which has its own satellite service for ITV1, but they're based on the coverage areas of the terrestrial transmitters. News service areas are built up from these micro-regions. It appears that ITV1 local news in your area was retitled 'The West Country Tonight' in their last shakeup, but it's still subdivided into 'east' (formerly HTV West) and 'west' (formerly Westcountry).

The current regional ITV1+1 lineup on satellite is:

Mike Dimmick's 2,486 posts
J
James
11:04 AM
Briantist and Mike - Thanks for explainations - I think! maybe ignorance really is bliss!!

But doesn't this inability to tx the 'correct' ITV+1 into a region bring its rational further into question? People are less likely to watch an irrelavant channel (wrong wx and local news) then woun't the advert demographics fall and revenue drop.


James's 7 posts
Briantist
sentiment_very_satisfiedOwner
1:52 PM
James: ITV-1's region output is less than an hour a day, so it only a problem for that time, and for a limited number of people.

ITV1+1 must go on a multiplex - multiplex 2/PSB2 that supports the ITV regional structure.

ITV3 as a national channel goes on a multiplex which has no region support (aside from Wales as it originally belonged to S4C).

Gary's 1 post
Briantist
sentiment_very_satisfiedOwner
6:31 AM
Gary: No, it won't.

Briantist's 38,844 posts
S
Steven B
4:11 PM
I live in Ripley,north west of SC/Lichfield transmitters. No problem with SD Mux but 2% signal quality on CH24 HD Mux. Does anyone know if and when the signal level will increase? Thanks