This is part of the BBC project to provide 99% coverage of the BBC DAB service within the M25, the orbital motorway around London, before the end of 2011.

This new DAB transmitter provides coverage into High Wycombe and Marlow for the first time and will help to improve coverage through Amersham, Maidenhead, Slough, Windsor, and the Chalfonts. It adds 72,000 people to the coverage of the network and improves reception for another 400,000 people.

The first transmitter in the London scheme was Wrotham, which launched in December, and the third will be Epping Green (for Stevenage and Welwyn Garden City) due on air later in the spring. 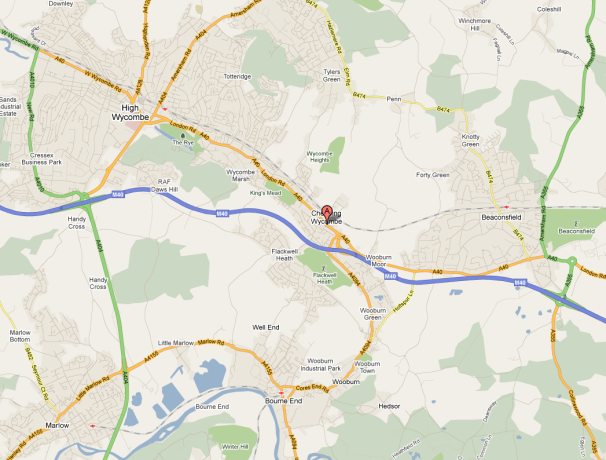 Help with TV/radio stations?
[][][
In this section
Comments
Robert Sprigge
6:36 AM
Knebworth
Having been waiting for it for ages I believe Epping Green DAB eventually went live, but serves one housing estate so doesn't even reach the A1(M)! None of the local retailers are aware of it.

I confirmed that my radio really does work by taking it to the south coast.

Now no chance of DAB in large part of Hertfordshire.

I'm now loking to buy an Internet radio instead as the prices are finally coming down.

The BBC's contribution to Ofcom's DAB coverage consultation Ofcom | An approach to DAB coverage planning does show Epping Green as a site expected to launch by the end of 2011, so it won't be long.