A digital sound system, developed during the 1980s by the BBC, will finally be switched off this week.


This week sees the end of a digital overlay service, which carried stereo sound to televisions in the UK. NICAM (Near Instantaneous Companded Audio Multiplex) will rest in peace this week.

The BBC started using NICAM in 1986, but it took many years for the service to reach all of the main transmitters, and even longer for all television sets to have the ability to decode it.

NICAM was an "out of band" 728 kilobits per second digital data signal which formed part of the broadcast signal and was added in using the QPSK digital coding system. 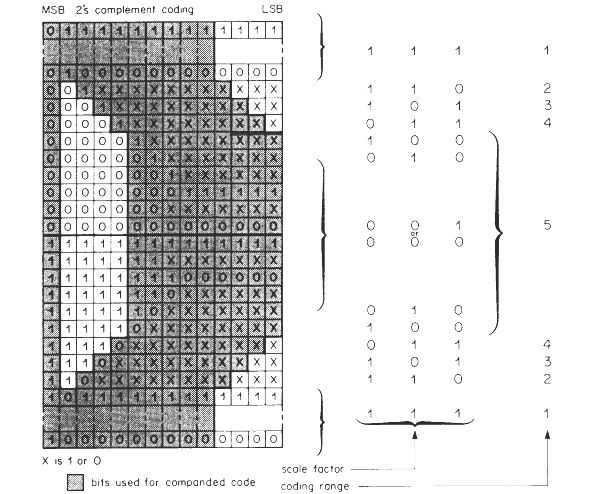 By the end of the analogue era, most television sets could decode these NICAM signals, but most equipment was unable to record them (so they did not get recorded onto domestic video tape) or produce them. This means that the "RF out" of Sky and Freeview boxes was always mono.

However, given that the service was created in the era of the BBC Micro and ZX Spectrum, and implemented in "pure logic" it was quite an achievement.

You can read the original specification at http://downloads.bbc.co.uk/rd/pubs/reports/1990-06.pdf.


Help with Freeview, aerials?
[][][
In this section
Comments
R
Richard Davis
sentiment_satisfiedBronze
12:49 PM
Although it's the end of Nicam 728, which was the version of Nicam used to carry stereo audio to the TV veiwer, Nicam was originally developed to carry audio within the BBC and I suspect that this earlier version, which has slightly different paramerets, may still be in use in some places for some time to come, fo example feeding some FM radio sites. Outside the BBC, I know that Classic FM used to use a version of Nicam to feed their FM transmitters, and It wouldn't surprise me if they still did.

Richard Davis's 26 posts
R
Richard Davis
sentiment_satisfiedBronze
12:57 PM
A further comment - I'm afraid your statement that "most equipment was unable to record them (so they did not get recorded onto domestic video tape) or produce them" is not true! From the start of the Nicam era (1989 in the Brighton area, if I remember rightly) until I went digital about two years ago, I used a succession of VCRs and later a VCR/DVD combibation recorder as stereo TV tuners feeding my hi-fi along with a mono TV. Not only did they all produce stereo audio out, they also recorded it, both onto video cassette and DVD!

I can confirm to you that NICAM was removed from internal over a decade ago. It was replaced by more efficient codecs.


Briantist's 38,844 posts
Briantist
sentiment_very_satisfiedOwner
1:58 PM
Richard Davis: The stereo system used on video cassettes isn't NICAM, it is an analogue system. It was very rare to find VCRs that decoded NICAM and recorded this as "analogue stereo" in domestic equipment.

Of course, most VCRs output the mono recording on both the left and right outputs (SCART and/or RCA), so it would have not been obvious you were listening to the mono.

Briantist's 38,844 posts
J
John Robinson
sentiment_satisfiedBronze
3:08 PM
Edinburgh
I'm still surprised you say it was very rare to find NICAM VCRs; both my VCRs (early 90s JVC, late 90s Sony) decode NICAM. Both will also record stereo from the SCART input. Both play stereo out through the SCART and phono outputs. The Sony has Dolby NR too.

John Robinson's 43 posts
T
trevorjharris
sentiment_satisfiedGold
4:22 PM
Actually all the video recorders I have had had a stereo hifi track. In fact I still have a SVHS recorder with stereo hifi sound. This system used 2 fm carriers to record high quality stereo. The sound quality was very good 20hz to 20khz with a signal to noise ratio of 70 db and so was better than nicam. Most pre-recorded videos had a stereo track aswell as a mono track to keep compatability with old recorders. Beta recorders also used a similar system.

trevorjharris's 367 posts
G
George Buchanan
sentiment_satisfiedBronze
8:03 PM
Interesting article. How technology moves on... NICAM was once a real advance in TV audio. Previously, it was just bad - no other word for it, muffled and buzzy. I recall I could ony use it from the output sockets in my VCR.

George Buchanan's 43 posts
P
Patrick L
8:48 PM
Briantist is indeed wrong here. I have had five VHS vcr's over the years each could decode the uk nicam signal in stereo and record the tv sound track in hifi stereo. The sound quality was actually very good and better than FM. I remember recording US series Twin Peaks on my JVC HRD750EK (bought in 1988 it was their first Nicam machine) and being blown away by the quality of the sound. I can't remember how the machine recorded the audio signal, but it was high quality much better than analogue stereo...


Insider's 1 post
Briantist
sentiment_very_satisfiedOwner
8:36 AM
Insider: It's not. FM is no longer distributed that way, it was superseded the best part of 15 years ago.

It's just not needed as both vision and sound are carried on the SDH - see http://en.wikipedia.org/w…rchy .