Freesat publish today their 2012/13 results - after five years the service is now in 1.7 million UK homes.


Here are the headline figures from Freesat: 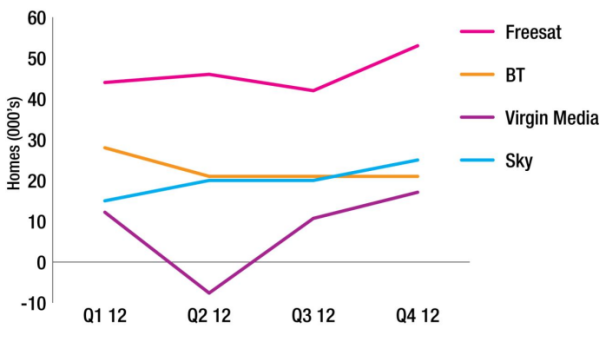 According to Freesatâ€™s own customer research (conducted by YouGov in April 2013), 51% of homes that joined the free TV service in 2012/13 were from Pay-TV rivals. The research also indicated that just over 25% of homes are considering changing TV service provider in 2013, and of these, 60% are being driven by the desire to save money.

"Everyone of us across the UK is continually reassessing how we spend our money, and with 79% of viewing across all platforms, including pay, going to free channels, and 52% going to the top 5 channels â€“ having a monthly TV subscription just doesnâ€™t make sense for most people."

Freesat has now sold 3.2 million units, far exceeding original sales projections and taking total gross retail UK sales to £1.2 billion since launch in May 2008. Freesat will grow the free time features over time, including a remote record app for smart phones and tablets as well as the introduction of additional movie and music services. 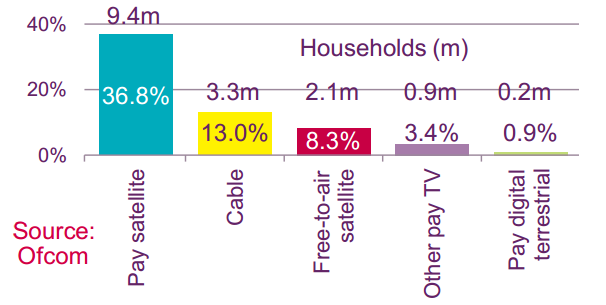 It's worth comparing the figures from Freesat with those from Ofcom (from Digital Television Update Chart Pack for Q4 2012 April 2013).

The Ofcom figures are for only 97.1% of UK, as they don't include the 1.8 million people in Northern Ireland.

Channel 4 HD is no longer on Freesat, only on Sky. Presumably they did not want to pay for the slot on Freesat!

Chris.SE's 3,282 posts
H
https://maythuybinh.com.vn/
8:05 PM
What's up, all is going perfectly here and ofcourse every one
is sharing facts, that's truly good, keep up writing.