I have added into the system some enhancements to the maps to make DAB radio, Local Freeview TV and ITV regions easier to understand. I have also made a slight correction to the ITV regions.


Again, thank you for your feedback. 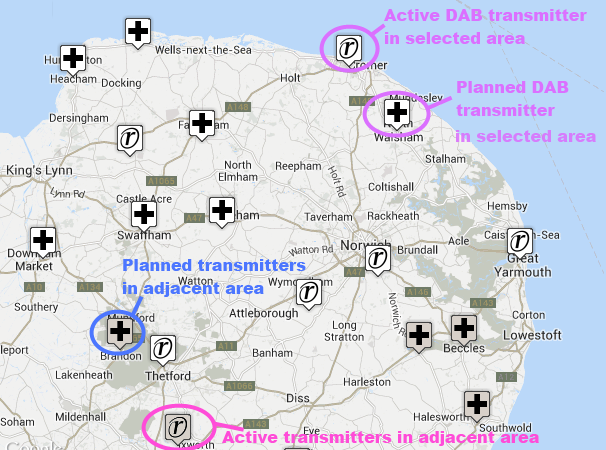 I have added a "coloured overview" map to the Local television on Freeview map page. You can now clearly see all the projected coverage areas for the new "Local TV multiplexes": 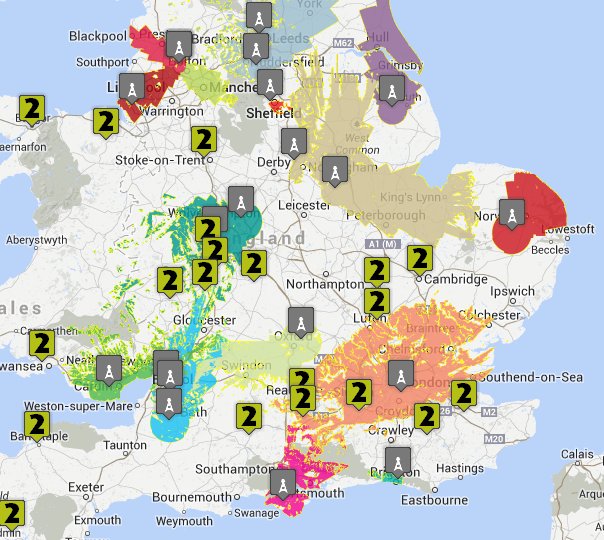 On the ITV map pages - see ITV, UTV and STV regions - overview map, I have made a few changes.

I have received confirmation from Ofcom that the Midhurst transmitter group is in the ITV Meridian "West" area for news. This is not the same as ITV Sales show for the adverts for the region.

I have also, for the purpose of mapping called the news area to the north, "ITV Meridian/Central (Thames Valley micro region)", even though ITV Sales still offer to sell advertisements to the Central South (Oxford, Ridge Hill and relays) region as a whole.

For this to work, I have merged Ridge Hill into Central West. 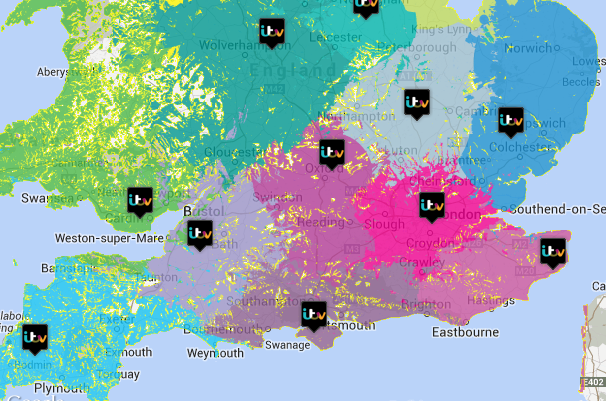 I have also split the "Border TV" region into two, as Ofcom have agreed with ITV to provide a special service for viewers in the Scottish area. 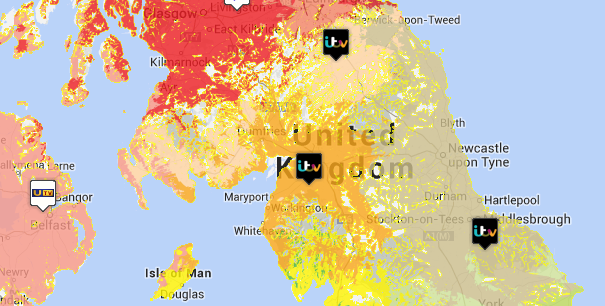 All questions
[][][
In this section
Comments
Briantist
sentiment_very_satisfiedOwner
4:15 PM
murgatroyd: I will look into it.

Briantist's 38,844 posts
Briantist
sentiment_very_satisfiedOwner
4:16 PM
Trevor Dobie: It might just be possible that BBC Local Radio might be added to the local TV multiplexes.

Briantist's 38,844 posts
M
murgatroyd
8:42 AM
Woodbridge
Briantist - Wow! That was quick! I'm sure it will make things clearer for loads of people. Thanks.

murgatroyd's 5 posts
Briantist
sentiment_very_satisfiedOwner
10:18 AM
murgatroyd: Thanks for pointing out what needed to be done.

There is little point providing maps if they don't convey information to make them useful.

Briantist's 38,844 posts
N
Nick Anderson
sentiment_satisfiedSilver
8:37 AM
I it possible for those who live in areas covered by different area multiplexes, meaning the regional differences between channels 1 to 4, to install aerials pointing towards the two transmitters serving the fringe area in which they live and receive both sets of signals by splitting onto different receiver buttons?

Briantist's 38,844 posts
7
750Jimbo
6:17 PM
Dorchester
We have just lost reception for every channel again, the reception is often intermittent with the picture breaking up regularly. We are smack in the middle of 2 mobile phone masts approx. 1.3kms away each side, does ths make any difference? I have been in touch with "help@digitaluk.co.uk" and they e mailed me a link to check on any engineering work taking place and this is updated every monday. Strangely enough there is no work taking place on our transmitter this week!!

750Jimbo's 1 post
D
Dinga
7:52 PM
Ely
Why oh why is it every night this week I sit down to watch tv and all I get is all channels breaking up every minute
I even put it on HD and it's still the same. I am getting so fed up with it.Programmes I have recorded I can't watch. So much for all this digital TV I think it's rubbish. They can send a man to the moon and back but they can't get this right. WHATS GOING ON ???????????????

Dinga's 1 post
B
B may
9:44 PM
Ely
No signal at cb7 5tn, what's going on or not as the case maybe. Usually only on a Tuesday at 9pm. Anyone else in this locality experiencing same.