In the second article I look at the technical challenges to TV in the coming decade: in particular the competition between television broadcasters and phone companies for the use of "the airwaves" 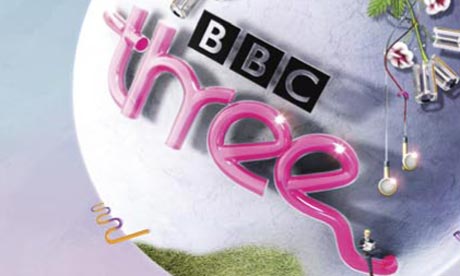 If we start from the most basic level, what we know as “television” boils down to a sequence of pictures displayed on a screen alongside an accompanying audio.    In 2015 this means a digital picture, digital sound provided by a digital delivery system.

Generally speaking today’s flat-screen televisions have a “resolution” of 1080 lines and 1920 pixels, (about 2 “megapixels”) and the number of picture changes a second is generally 25.  Each one of the screen pixels consists of a red, green and blue sub-element with 256 levels of brightness.      So, to do the maths:

As it turns out, gigabit speeds are easy to do over short distance: both HDMI and Twisted pair Ethernet can provide these speeds at low cost.

However it turns out that for storage and long-distance transmission the cost is to high, and so computing technology is used to reduce the data rates.

Over the years software engineers have studied the human visual system: the eye with its rods and cones, its lens and muscles, the optic nerve and connection to the brain.

The knowledge of optical illusions and the mixing of red, green and blue light to make a whole rainbow of colours appear are well known.

The ability to write computer software that can take the 1.2 gigabits per second of raw data and reduce it down to something smaller and then re-create the original pictures is a modern marvel.

Over the years we have seen three main generations of this software, falling into the first "MPEG1 and MPEG-2", a second "MPEG-4" and the latest "High Efficiency Video Coding".

There are two hardware needs in the system: that of the provider: a one-time operation, and that for the receiver, where one-per-screen is needed.    In the past this has meant a high-powered high-cost box of tricks in a transmission company, and millions of set-top boxes in people's homes.

However, today many receivers are in PCs and mobile phones/tablets.   The main change here is that in the past it was impossible to upgrade the video decoding software in a set-top box (as it was firmware or fixed used VSLI technology), whereas today the viewing device often downloads the decoding software just ahead of the programme.

Another change is that 50% of set-top boxes have storage capacity (a hard drive) which means the TV show can easily be stored, recalled or both – giving a live pause.

When the TV services were upgraded from analogue, each of the existing frequencies (which are 8MHz apart) was given over to a digital multiplex.  Using modern (DVB-T2) techniques these can be used for up to 40 megabits per second of data.

This is a highly efficient system when delivering data to millions of screens.    The transmitter network reaches 98% of homes, and for the most popular shows this is an undeniable good use of resources.

However, if a show isn't being watched by many people, the efficiency drops.     You reach a situation where niche programming.

Most people today watch at least some of their TV by non-broadcast means.   Some of this is content that never makes it to TV ("Youtube") and some is the shows from TV delivered online ("BBC iPlayer").

This is efficient way of delivering content to large numbers of viewers who either don't wish to view at broadcast time, or for content that isn't broadcast.

However, there is a coming conflict here.    The frequencies used for Freeview are also highly suitable for wireless internet connections.    The mobile phone companies would very much like the frequencies to be allocated from DVB-T and DVB-T2 to 4G.

The mobile 4G service uses much smaller cells for transmission: it can provide more bandwidth to more people so at some future point broadcasts could be eliminated.

The question has to be: will broadcast TV be required in the future, or will it be a thing of the past?      And if so  … when?

In the next part, we look at the creative issues.


All questions
[][][
In this section
Comments
R
rob
sentiment_satisfiedSilver
8:30 AM
Reading
One problem with that... what about people who live in rural areas where there is no fiber connections? they are stuck with 2Mb broadband.... so streaming is not a option unless BT and Virgin get their finger out and supply super-fast broadband.... But i thought the government gave millions for this so called broadband UK project? it seems gone very very quiet on that..

rob's 171 posts
J
john martin
sentiment_satisfiedSilver
4:09 PM
Of course it has gone quiet. BT has kept most of the money it was given so it can help towards buying mobile phone companies and over priced premier ship matches

john martin's 103 posts
R
Rob
sentiment_satisfiedSilver
8:28 AM
If this Internet based TV goes ahead.. the government will sell all UK transmitter stations for the highest bidder... we public will suffer from poor quality TV pictures and sound... its going to be so compressed like a vice tightened up so hard..... its going to be awful