BBC Charter renewal: what of TV news for the UK? 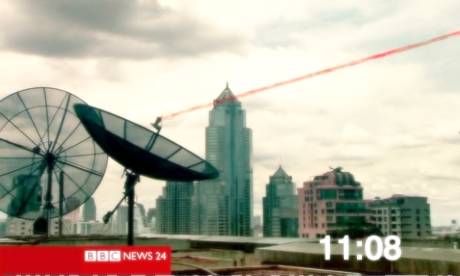 I must admit that I was an early convert to the idea of rolling news.   The third UK television channel to open, BBC had happened before I was born, but in less than three months after Channel 4 came on air the BBC's Breakfast Time news service. 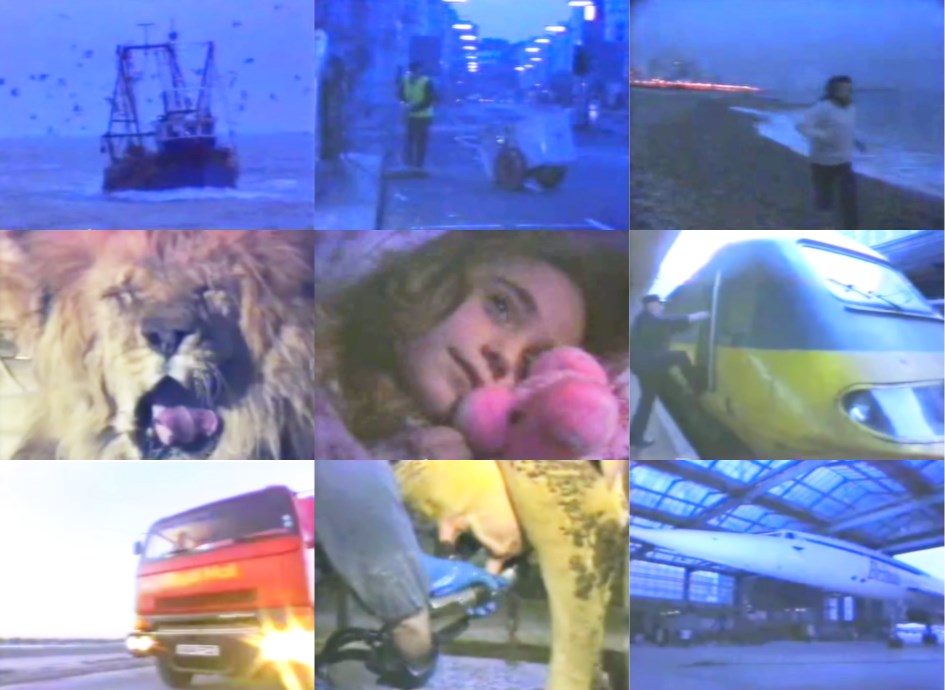 Whilst Breakfast time and the TV-am GMTV and services on ITV picked up viewers, anyone wanting news outside this time had to wait.    The BBC provided half-hour bulletins at 1pm, 6pm and 9pm.

The teletext service, which required a TV set with the electronics to decode and display it, filled in the information gap.    Up to 100 pages of news were provided, as well as business and sports.    Each Ceefax page was 960 characters: about the same as 7 tweets.

In 1989 Sky Television started the first UK news channel and for many years the BBC publically ignored it.    This was almost a decade after CNN had gone on air in the USA.

Six years later, in late January 1995, the BBC started a 24-hour news channel, but for a worldwide audience.

The BBC's first 24-hour news channel wasn't shown in the UK.   BBC World News could be seen internally at the BBC in London, but otherwise you needed to be outside the UK.

The visual identity of many made-up flags was rather striking at the time:

In late 1997, the BBC's division of News finally got its act together and launched both a UK-centric news channel to compete with Sky news, and BBC News Online, for people with modems (or even ISDN) and wanting to know more than Ceefax told them. 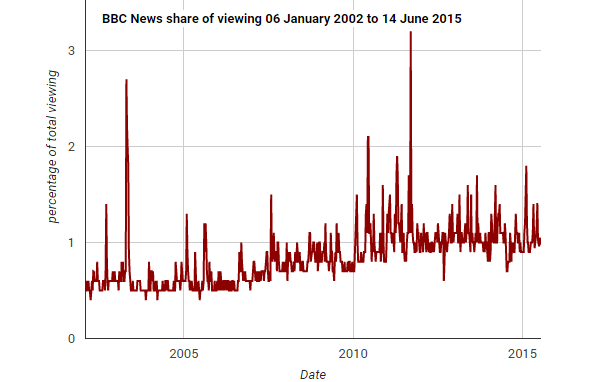 Added to that, the BBC News at Six and News at Ten occupy over 10 places in the top 50 network programmes in the UK.     Each BBC One evening news show gets between 4 and 5 million viewers. 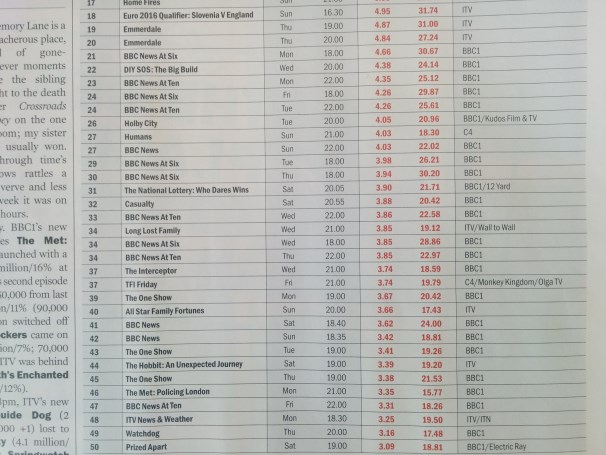 What's more is the Breakfast,  1, 6 and 10 shows are simulcast on the News channel, which can be watched in all homes with a TV.

This means there are around 10 million views each evening of a news programme on the BBC One network, even though they could see it anytime online or in half-hour chunks from 9am until midnight on the BBC News Channel.

The dilemma for BBC News

The 1% of viewing watching the news channel obviously like it.   That's a fair few people to close a service on.    And where would you put emergency news programmes and breaking news if you close the news channel?   And what would be the real saving given the need to keep broadcasting the bulletins?

You can't really combine the TV news channel with Radio 4 or Radio 5 live.

If you moved the news programmes (Breakfast, 1, 6 and 10) from BBC One, you would need come compelling new content and this would cost money the BBC doesn't have in the "current climate".

Just close the one I don't use

The problem for the BBC is that many people love the bit of the BBC that they view, hear or read and really can't see why the corporation bothers with the News Channel they don't watch, or dumbed-down TV news, or daytime post-pips news updates on the Home Service, or Long Wave or DAB…

The ONLY news service the BBC has ever managed to close was Ceefax and even that became a Red Button service.

For me, I use the BBC News website, the Android App (and Widgets). I haven't watched the News Channel in years, and even longer via BBC One television. I have listened PM on Radio 4 when I was ill.


All questions
[][][
In this section
Comments
Briantist
sentiment_very_satisfiedOwner
7:29 PM
I was going to write the Breakfast Time titles, but did the montage instead. Here is the text version...Seagulls calls over dark, moonlit seas above a fishing boat sailing left to right. A dark city street, fade to a first single light in a townhouse bedroom window fades to a girl still sleeping. Outside a man sweeps a city street, a man jogs along Brighton beach, lit only by the pier. The half moon is seen through tree branches. In a zoo, a lion yawns massively. The girl with her pink toy awakes and smiles, a train driver jumps into his Inter City 125 and a red Royal Mail truck speeds along a motorway, headlights ablaze. . A baker pulls four loaves from the oven, a farmer attaches milking machine to the cow's udders, the printer inspects a fresh tabloid paper in the printing press and finally a man in a white jumpsuit turns the lights on Concorde and the sun has now risen over the trees. In red the letters of BBC Breakfast Time arise, cut to bright blue and white CGI sky, the transparent logo rotates clockwise and flips to take the whole screen, flips again and turns to yellow, orange and red.

Briantist's 38,844 posts
C
Charles Stuart
sentiment_satisfiedSilver
7:40 PM
I watch the News Channel regularly and enjoy it. I also watch Sky News from time to time. I like current affairs programming and it features heavily in the programmes I watch. I think that rolling news channels are worthwhile for the really big stories and are worth having even if these big stories only occur at the rate of one or two per year. I actually miss Ceefax because the Red Button service isn't as easy to use, even if the picture quality is 1000 times better. I miss the "newsflash" feature on page 150 and bringing that back would be a big improvement to the Red Button.

Charles Stuart's 159 posts
M
MikeB
sentiment_very_satisfiedPlatinum
8:51 PM
The News Channel is quite handy, since you might want to catch up on whats happening at a time when there isn't a bulletin on BBC1. They also do other programming as well, such as Talking Business, Click (which also goes out on the World Service), Our World, Film Review, a TV version of 'from Our Own Correspondent', the Travel Show, a show which asks foreign correspondents in the UK about their take on the week, a monthly programme about the weather (much more interesting than it sounds!) and occasional documentaries, such as the current one about Waterloo.

As Brianist points out, all those journalists and other staff need to produce the news anyway, so cutting the News Channel saves very little, and it can be very useful at times. I have found the International World New version to be very good - when your in the States and want to discover whats going on in the world which does not have an American involved, then the BBC World News on PBS is wonderful.

Having watched the first part of Jonathan Dimbleby's BBC at War, I was surprised to find that the BBC really had very few journalists before the war. They could only report stuff that came to them via AP etc, and were not allowed to report things until the newspapers had published it first!

Obviously this made little sense even before the war, and certainly none during it, but its worth pointing out that the papers objected to the BBC covering events in exactly the same way that Sky, etc argue that the BBC are crowding out their commercial rivals on the net, etc. In reality, did people buy any fewer papers because of the BBC News?

Today, the BBC is by far the most trusted single news source in the UK, which perhaps the problem for some of its rivals!

MikeB's 2,579 posts
Martin Baines
11:25 PM
I would be really interested to see some independent figures on the actual marginal cost of the News Channel, beyond the MUX and broadcast costs, and studio costs, it really should be very low, although knowing the BBC it would not shock me to find there is still way too much duplication of work with other pats of the corporation using basically the same content. With proper a multichannel news journalism approach, the real incremental cost of the News Channel should be tiny in the overall BBC cost base, with talk of closure to save money being more symbolic and political than an actual attempt to save money. Ironically, if the costs really are high, it does more to back up the case for radical BBC reform than for the BBC's one for a "no change" charter renewal.

Personally I only rarely dip into the News Channel, although I do often use Breakfast News as a morning background catch-up (and Radio 4 in the car). When major events happen, I tend to surf between the BBC News Channel, Sky and Al Jazeera to get some balance, while simultaneously surfing a lot of online sources. I probably get most of my breaking news via Twitter feeds, which drives me to other online sites (of which the BBC is one, but by no means always the first stop).

The one place I do watch BBC (and ITV) News on the "main" channels (BBC1, ITV), is for local news, which is under served by all UK brioadcasters. The local radio although supposedly more local than the news regions, I find basically impossible to listen to, due to the quality of programming padded around the news.