In the days before 18th Jan, the share price of ITV plc dropped when US-bank Merrill Lynch issued a doubtful report on the future of traditional broadcasting in Europe.0 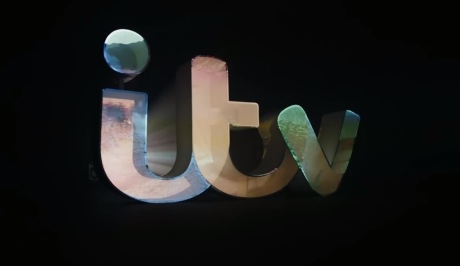 The public company ITV plc is an important player in non-subscription television in the UK.   It operates “ITV” the longest-running commercial channel in England, Wales and Northern Ireland (as UTV).  It also makes the shows for ITV as well as other channels including STV, Channel 4 and the BBC.

It is important to remember that when it comes to the business model, commercial television works by providing “eyeballs” to advertisers.    This model is like that of Facebook: provide entertainment to the public for no charge and sell the captive audience’s attention to advertisers.

In the world before the internet, this was such a lucrative business that in the UK that there were many rules put in place.  Some of this was to protect the incumbents with their newspapers, orchestras, but there was what now seems rather high-minded ideas about “public service” and “duty”.

In 2019, we find that free-to-air television comes in two flavours:  a satellite television service called “Freesat”, and a highly popular masts-to-aerials service known as Freeview.

These two services support channels that can be basically broken down into two types.   There are channels without adverts, those with adverts.  Those without commercials are provided by the BBC and the content paid for by everyone’s TV licences. The rest show about 8 minutes of “spot” adverts an hour to support 45 minutes of content.

The reason for the concern over ITV now is that to make a profit, a commercial broadcaster is always playing a complex game.  The programming must be pre-made, then broadcast in the hope that millions of people will watch.   Using another complex measurement system, the number of viewers is estimated.      This data is then used to invoice the advertiser.

The amounts that can be charged per-viewer are related to the desired audience.  When there a handful of channels, the “number of eyeballs” was the only measure.  With hundreds of channels, the charge now also relates to the demographics.

The structural problem here is that those people who are “digital natives”, in that they have grown up with on-demand, online systems have changed their behaviour from previous generations.  In the past teenagers would drift away from broadcast TV and then pick up the habit of having the TV on again in their early 30s.

In 2019, these folks are more than happy with the likes of Netflix, Amazon Prime Video and YouTube. The idea of scheduled television and channels now seems antique.

Online video has generally fallen into two main types, and both are a huge concern for ITV plc, and other traditional ad-funded broadcasters.

Amazon and Netflix are a problem for ITV because they offer a different model that offers an addictive way of watching drama and factual video without the need to even bother with advertising.

It is YouTube model that is the worst challenge for ITV.  Every advert on YouTube is provided on an individual basis in a highly complex bidding system: the relationship between advertiser and their subject is based on knowing if the advert was viewed, or if the promotional video was clicked, or if it led directly to a sale, how much was spent.

This kind of detail is impossible for free-to-air broadcast TV to manage.  In 2019, it is also hard single broadcast company to provide in their online catch-up services: the shows are cut and pasted in to unappealing broadcast-style 15-minutes an hour unescapable advert.

It is also true that the UK business regulators have been quick to restrain the broadcast TV companies, but unable to prevent the rise of the billion-dollar advertising outfits from Silicon Valley taking over.

It is very sad that this leaves Freeview and Freesat looking like yesterday’s left-overs.

Worried about their prominence (order of channel numbers) in world that no longer asks “what’s on the box?” but “what do I want to watch?”.  Sadly, even unable to high-definition services for people with giant televisions.  Freeview is canal barge to a Netflix intergalactic spaceship!

The problem for traditional broadcasters is that they have failed to realise that they are the tatty old barge....

68 True Crime and 69 True Crime +1 are only on Freeview in Manchester.

Freeview predictions need a full postcode, "GL52" isn't precise enough. Go to | free and easy and pop yours in.