Will BritBox survive in a Netflix world

Commercial broadcaster ITV said on Wednesday it would team up with the BBC, its long-standing public broadcasting peer, to create a British rival to Netflix called "BritBox" - Feb 27 (Reuters) 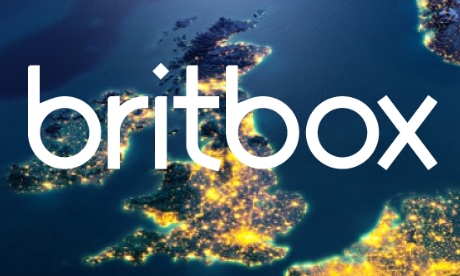 This article is about the proposed service "Britbox" in the United Kingdom.  The currently running service in the USA is called here "Britbox USA"

What has verifiably been said about the BritBox proposal?

BBC director general Tony Hall added that he expects the service to be “truly special”.  He said it would be “a new streaming service delivering the best home-grown content to the public who love it best,” adding: “The service will have everything from old favourites to recent shows and brand-new commissions.”

ITV expects to plough … £65m over the next two years … into the service, a figure that could be matched by its partner in the joint service.  The BBC will reveal the size of its investment at launch but has confirmed that any originals will be funded via BBC Studios rather than out of the licence fee.

ITV chief executive Carolyn McCall revealed that “constructive discussions” are under way with bringing Channel 4 and Channel 5 on board the service - creating a PSB-wide proposition.

She also said that there will be a clear distinction between what content is made available via catch-up service ITV Hub and BritBox.

Shows are currently made available via Hub for 30 days after transmission – a timeframe that is under consideration as part of the plans.

While she said she plans to approach Ofcom about the proposals shortly, chief executive Sharon White has previously given a strong sign that such a service would be waved through.

Can BritBox be a rival to Netflix?

The real question is can BritBox find a niche that will enable it to survive in a market increasingly dominated by Netflix?

If BritBoxis going to find that niche it has to get streaming right.  The first challenge here is to ensure BritBox is has the scale and content to be a viable player in the market. The best way to do this would be, as ITV's Carolyn Mcall says, to create a public service broadcasting-wide proposition. This means bringing on board BBC iPlayer, ITV Hub, All4,  Demand 5 and UK TV Play

The next challenge is to find the most efficient way to bring all of these services together. Currently each of these services has their own streaming system with their own backends, and their own apps.  To create an economically viable BritBox these costs need to be consolidated by merging the systems into one.   This would mean BritBox would:

Such a sharing of resources would fulfill the BBC's mandate under the BBC Royal Charter, which states that it "must work collaboratively" in the UK market.

There is a precendent for a group of broadcasters to come together to develop a streaming service. In the USA, Hulu one of the three main online TV services. 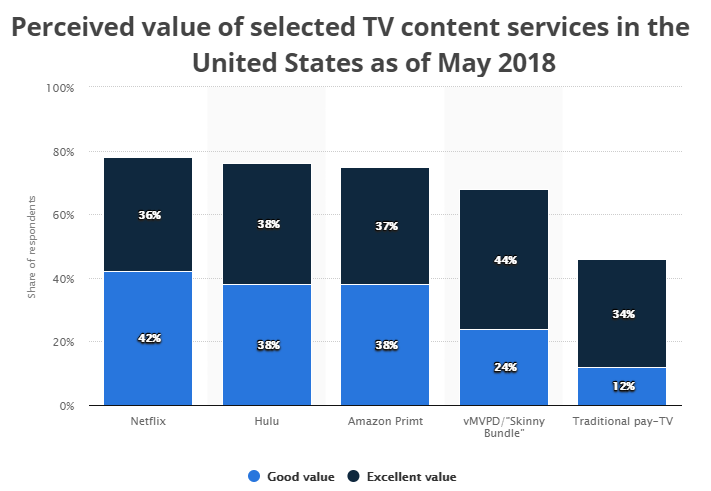 The Hulu service takes content that has been shown on network TV (and pay cable services) US-wide and delivers it though the streaming services.

It offers an ad-funded service for £4.50 a month, and ad-free for £9 per month.  There are more than 25 million subscribers to Hulu.

Comparisons to Hulu may not be ones the BBC and ITV want make  as Hulu’s annual losses are £1.1 billion.   Of course the comparison is not entirely appropriate anyway since Hulu's losses are due to strategic investments in developing its own content, licensing shows from other producers and delivering a live TV service.   Hulu's aim is not mealy to find a niche in the market, they are investing to go head-to-head with Netflix.

Brining together all of these services in the same market where they already deliver content over the air and on catch-up systems creates additional complications for BritBox.   The issue here has to do with “windowing”.

“The windowing strategy for this is critical.  We will be clear on the propositions we will offer consumers” - ITV's Carolyn McCall

From the viewers perspective “windowing” refers to the window of opportunity to watch a show.  Once  produced, a TV show might first be broadcast out on an old-fashioned TV channel (say, ITV) and then be shown again an hour later ITV +1.  After this, the show will end up on an online catch-up service such as the ITV hub, where it can be watched for perhaps 28 days, with adverts. The show may then move to Amazon Prime Video where it can be watched, for a subscription fee, now without adverts.

Each of the broadcasters has invested significantly in planning their "windowing strategy" to maximize the reach of their programming and the income it generates.  BritBox, as a new streaming service will have fit into these windowing strategies in a way that complements them and doesn't damage them. This challenge has already been recognised by BBC Director General Tony Hall who has said

We want to strike the right balance between the iPlayer and the returns we can get from Advertising video-on-demand and Subscription Video-On-Demand,” BBC Director General Tony Hall, Public Accounts Committee (25 April 2018)

As Carolyn McCall suggested,  being clear to consumers about the purpose and value of the BritBox service is vital. Confusion about where BritBox fits has already led to a Backlash in the media.  Some people  feel that they already fork out £150 a year for the BBC and think that should cover perpetual free availability.

So, can BritBox be a success?

It is clear that BritBox faces some significant challenges: creating a clear viewer proposition, building an efficient back-end, and establishing a windowing strategy that doesn't destroy existing revenue streams. The biggest question will be whether BritBox can attract the numbers of subscribers necessary to make the maths work.

If there is public support for an online entertainment, news and documentary service making TV shows that are distinct from those provided by companies based in Los Gatos, Seattle, Cupertino, there is room for BritBox.

With the talent of the UK creative community and the special connections that the public service broadcasters have with their viewers, there should be a lot of scope to create a service that looks acctractive to the 67 million folk who live here.

What is the best BritBox I can hope for?

I believe that this is what Bitbox needs to be successful:

Let me know what you think of BritBox?


Help with Outside the UK?
[][][
In this section
Comments
J
Jonathan Martin
sentiment_satisfiedSilver
5:50 PM
More to life than TV Netflix, Sky and Virgin. So get a life please

Jonathan Martin's 103 posts
Brian Butterworth
sentiment_very_satisfiedOwner
6:04 PM
Jonathan Martin: Perhaps, but I suspect you might be missing the point of this very site...

Brian Butterworth's 38,844 posts
J
Jonathan Martin
sentiment_satisfiedSilver
11:24 AM
Yeah and I will pay out loads of money to watch things I have already seen, bought or down loaded for free. Some before they are even on BBC AND ITV.
Love all the comments your followers have written.

Robert's 73 posts
W
Willie Bone
sentiment_satisfiedBronze
1:37 PM
People on social media are making a fuss about paying a subscription to watch repeats of shows which were first screened years ago on terrestrial television! Despite the fact, tv subscribers have enjoyed watching BBC repeats on the popular UKTV channels through Sky and Virgin services that even carry a wad of adverts and programme trailers!
So what is the fuss all about concerning Britbox? Bearing in mind, audience research figures indicate healthy patronage for UKTV!
Personally, I reckon people are moaning for the sake of moaning and may not actually realise, Britbox is part of the UK defence against an onslaught of media and cultural imperialism from the USA!
The Britbox model is not there as a fun thing, but is there for the sole purpose to maintain a share of the market to keep the flag flying for UK produced programmes! The BBC and ITV services are up against fierce competitors like Netflix with deeper pockets to deliver high budget programming, albeit, the diversity of output won't match the products supplied by our public service broadcasters..
I

Willie Bone's 55 posts
J
John Martin
sentiment_satisfiedSilver
12:26 PM
We will never compete against American companies. Just another one you can throw your money at like all the ones you already do. Or in your mind you must have. Some of you spend over a 100 a month on down loading films, sports, Internet, games etc. So just another down load you may or may not want to add to your list